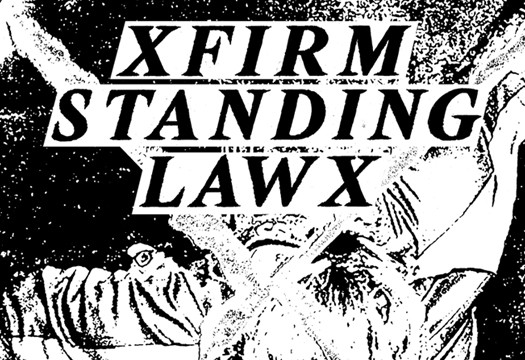 After a few years and a lot of co-operation, this is what came to be my final design for Carry The Weight Records. Going out in style, if I may say so myself. Definitely among my best work for the label, that ended its eight year run at CTW Fest at the Underworld in London, December 17 2017. I also had the pleasure to once again work with Life Lair Regret for the Australian version, and to deal with Plead Your Case for the first time for the North American. It was decided that the UK version would be black, the Australian militant green, and the US red.

I had previously done the band logo while working on the 2016 demo, so I took that and went with it. The high-contrast solution is – and for those who know Firm Standing Law’s musical influence this comes as no surprise – taken from A Chorus Of Disapproval’s ”Truth Gives Wings To Strength.” I did a two-folded, full size 13″ by 13″ insert, which really is what allowed this design to be something special. The poster collage would never have worked with a smaller format. With the pretty stacked collage, I decided to leave a lot of white spaces on the other side of the insert. The same logic goes for the back-cover, balancing the rather busy front-cover.

I found it difficult to catch the militant green of the Australian version in my photos below, keep that in mind. Pics of the US release to come. 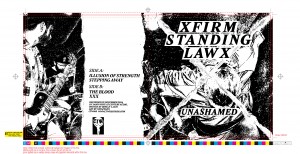 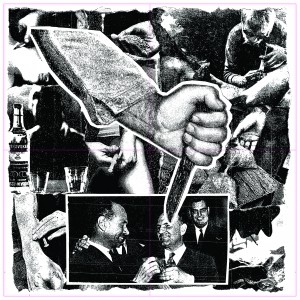 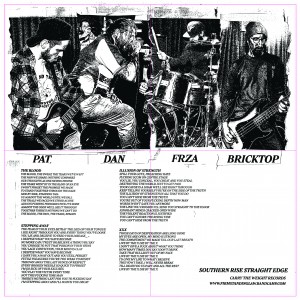 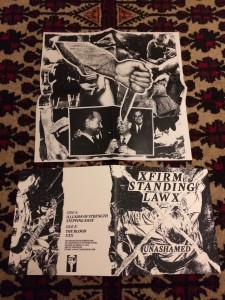 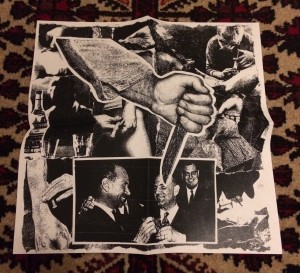 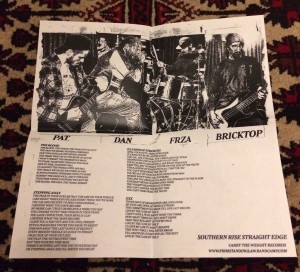 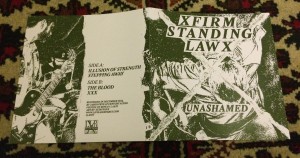 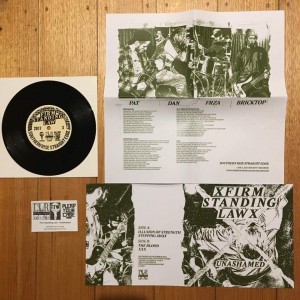 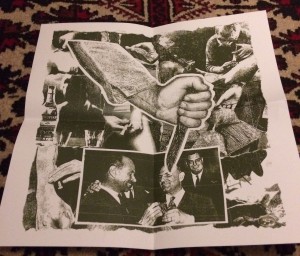 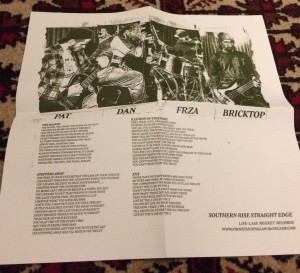