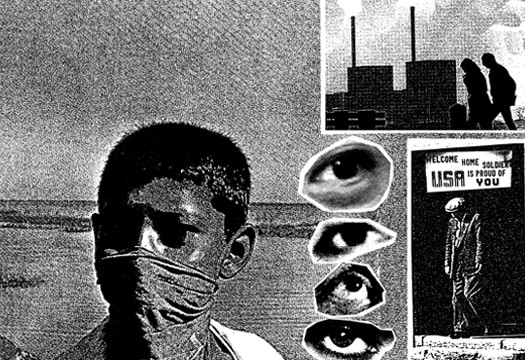 I have been posting a lot of Coke Bust stuff lately, so I figured I might as well go all-in and post this stuff as well. Here are – as far as I remember, all Coke Bust shirt designs I have done except one (I seem to be missing a shirt that was printed around 2015).

The top one was done for the band’s 2012 summer tour in Europe, and is one of the earliest collaborations between me and the band. I can’t quite remember if this was before or after the live 7″ on Carry The Weight. Bonus at the bottom, some photos of Didi The Driver wearing the shirt in 2013.

The ”Wrongful To Exist” shirt was printed in 2016, and then re-printed in 2017 for the short European tour in June. The first print is bigger and looks better. I had been waiting to make use of the images on it for a few years, and they all tied together well with the theme. And yeah, that’s Paul from Lärm/Seein Red etc etc rocking the shirt!

The ”March To Our Own Demise” shirt was done last-minute for Coke Bust’s California weekend together with Despise You for the release of the split 7″ between the two bands. I have asked people looking at it what they make of the different parts of it, and quite frankly people don’t seem to understand what’s going on (Chris from the band thought the oil towers on the bottom-left were a sailing-ship…), but it still kind of looks cool I guess.

Finally, the white ”In The Race To The Bottom It’s Just Pain” shirt was also a last-minute deal, this time for the June 2017 European tour. For a design with a silly deadline window, I spent a ridiculous amount of time on finding, cutting out and then pasting each letter for the tour dates on the back-side. But that wouldn’t be me I guess. So of course I spent hours and hours picking them out from headlines from a series of 70s and 80s photo books – and of course I chose the italic headlines, which were much less frequent than the non-italic ones. Got to stay true to myself. 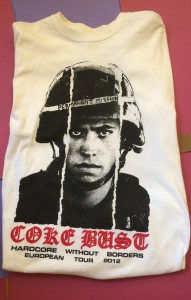 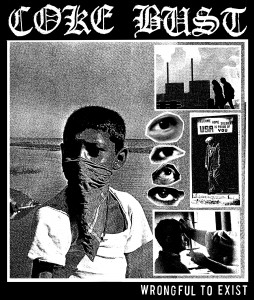 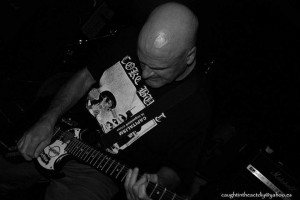 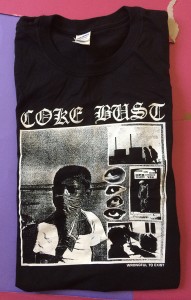 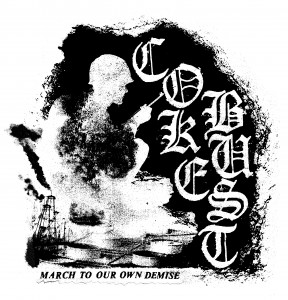 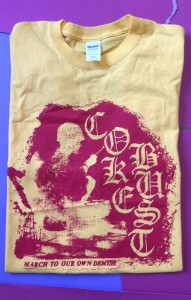 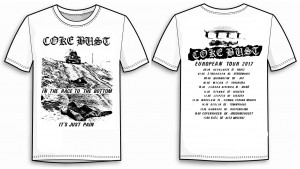 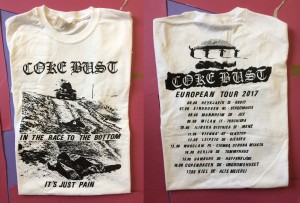 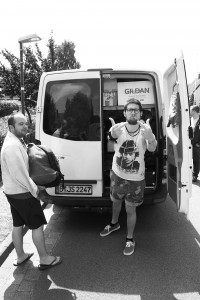 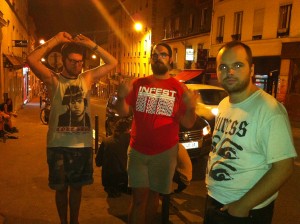 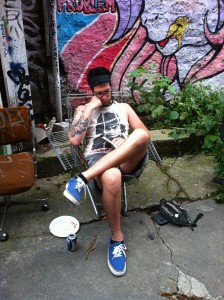