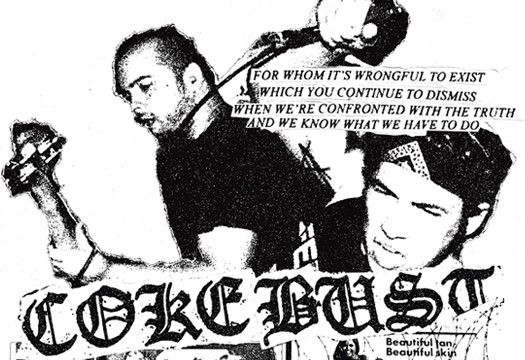 Coke Bust – poster from split 7″ with Despise You

Here is a design I did last year that finally got printed this spring, for Coke Bust’s split with the legendary Despise You. Teenage Staffan is pissing his pants in excitement, no kidding. I only did CB’s side of the poster that comes with the release, everything else was done by others. It took a few attempts – and some debates over how much consideration should be taken into what and how people might or might not see and interpret in an image – before we came to a version that the Coke Bust dudes were fine with, and I dare to say I think it looks pretty sweet (I would have preferred the Mugabe version though!).

The European version is out on Bones Brigade, while the American is on To Live A Lie. The former has a poster printed on matte paper, the latter on glossy. 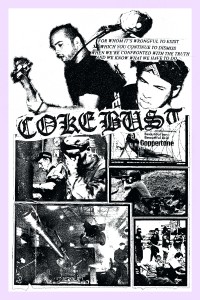 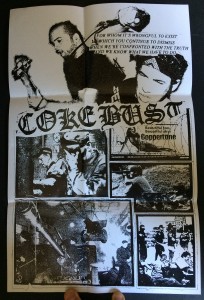 And as a bonus, here’s a photo outside Chris Elder of Despise You’s house in LA when we stayed there in the summer of 2013. We were treated with a bad-ass brunch before heading to San José (left to right: Biff, Chris, James, and Nick). 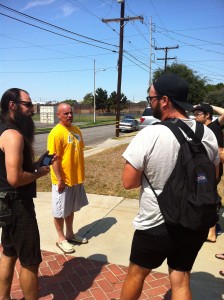