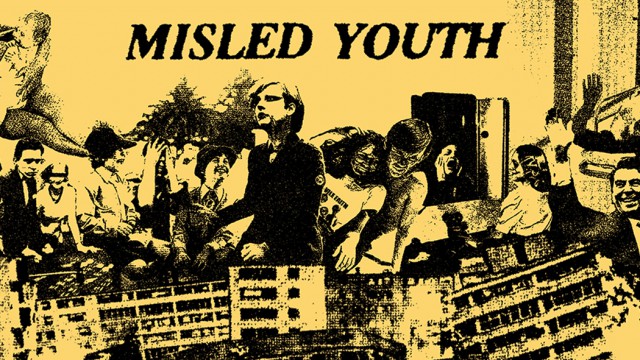 Being asked to work with a band for a second time rules – if you’re into the band. Misled Youth is far and beyond that. We’re talking a band that doesn’t just tickle my affirmation spots, but also gives me a great sense of pride and accomplishment. Perhaps slightly looked-over compared to other DC bands in recent years, with this second 7″ they actually stand second to none in the city.

The European version on Refuse Records is a glued sleeve with a separate insert, with a collage on one side. The B side label has a photo of Ryan Zellman of Society Bleeds Records. As for the test press, I decided to go all out fun-fun-fun and threw in a lot of Easter eggs and references no-one will get unless I tell them.

The U.S. version on Society Bleeds Records/Caught Up Records is a fold out where the front and back is the same as the European version, but the inside has portrait photos of the band members that I took during Damaged City Fest 2016. The B side label has a photo of Robert of Refuse Records. Get it? As for the U.S. testpress, it is a spoof on the massive poster in the Crucifix ”Dehumanization” LP, with some heavy inside joke stuff.

I found the main image on the front cover – of a kid looking over the demolition of high rise apartment buildings – in a tabloid format leftist news paper from the 1970s. Those things are a fucking gold mine. The photos are often sick in both form and content. I edited the buildings a bit, increasing the size of some, and then did the collage on top of it. There are some Easter eggs thrown in, as well as a reference to the thanks list from the previous Misled Youth EP. I struggled a bit with not using the band logo I drew last time on the front, but concluded that a more minimalist approach would work better together with the clutter of details in the collage. The old logo is still present on the insert above the lyrics and on the A side label. The collage side of the insert separates the European version from the US. The latter will be a foldout instead of a glued outer sleeve, and the design I had prepared for the foldout didn’t work well with a two sided insert.

Order the US version from Society Bleeds/Chimichanga Distro 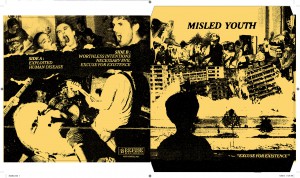 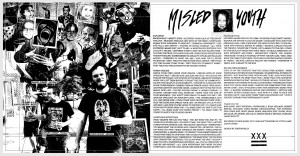 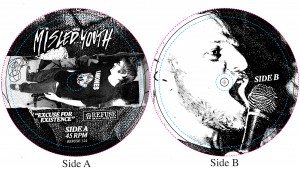 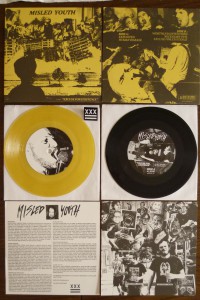 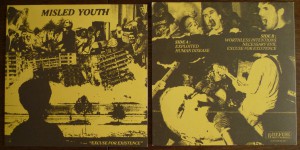 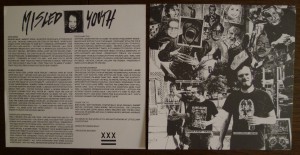 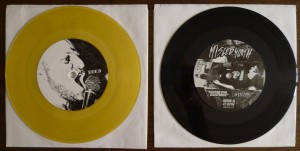 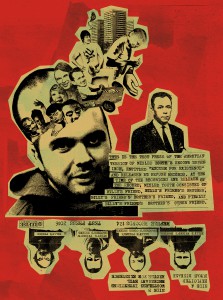 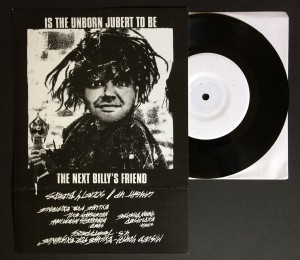 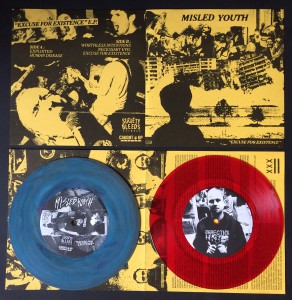 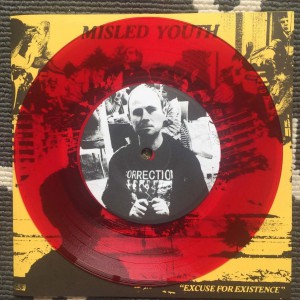 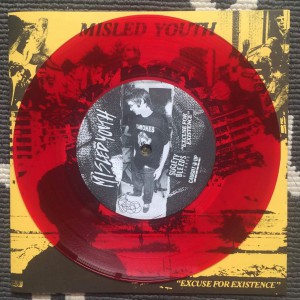 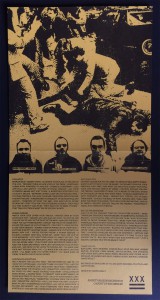 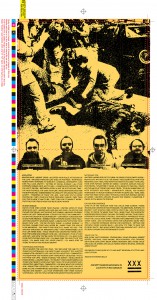 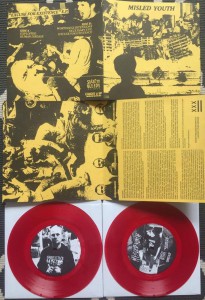