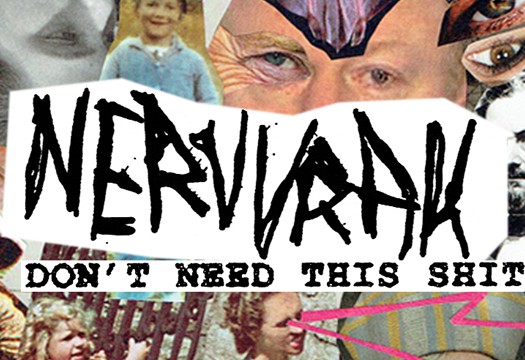 Through buying records from Jocke, also known as Sylen, and his label D-Takt & Råpunk Records (D-Beat & Rawpunk Records, if you will) I ended up being asked some questions for the fanzine he does for the label now and then, and then Jocke asked if I wanted to do something for his ushc styled band Nervvrak. There was initially talk of an LP, but in the end the recording ended up, at least for now, as a tape.

I had a bunch of different ideas for this and toyed around quite a bit. In the end I got the scissors and glue out and made the main collage that is the center piece on the front side of the cover. There is a photo used from what is known as the ”punk killing” in Stockholm in 1981, where a teenage punk killed a peer on a subway platform. If you look carefully you can see KSMB written on the back of a jacket.

All the pointing fingers on the lyrics side are from various world leaders. Take a guess who!

I assume the tape will be available soon from Jocke’s website.

Check out a song from a gig here. 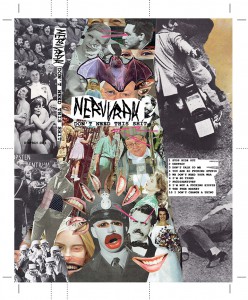 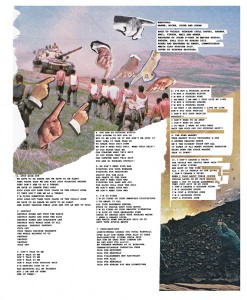 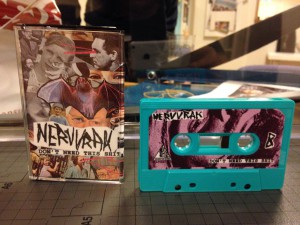