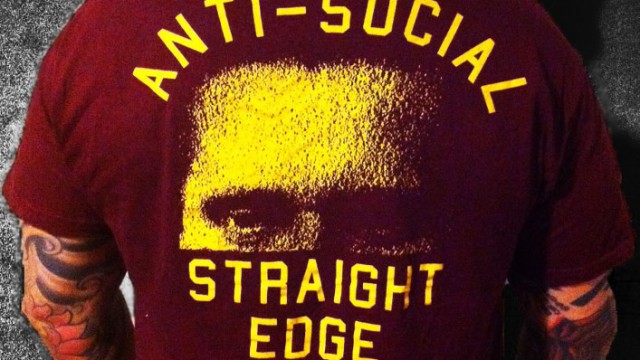 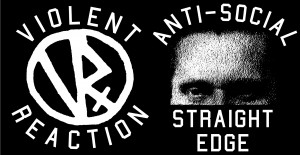 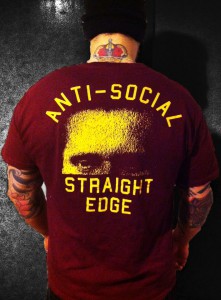 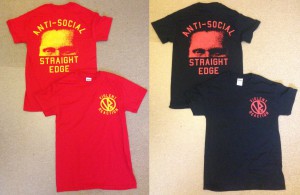 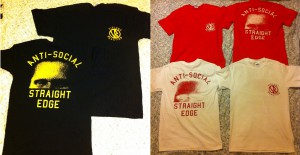 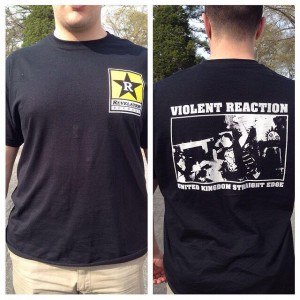 I’ve done two shirts for Violent Reaction, some buddies of mine from England who recently became the first European band ever on Revelation Records. The Anti-Social Straight Edge shirt came first, and has been done in multiple colors, I don’t even think I have seen all of them.

In 2014 I did the Revelation shirt for the band’s spring US-tour with The Flex and Obstruct. The request was to make a shirt that looked very much like a Side By Side design, so it was one of those things were I just did exactly what the band asked for.